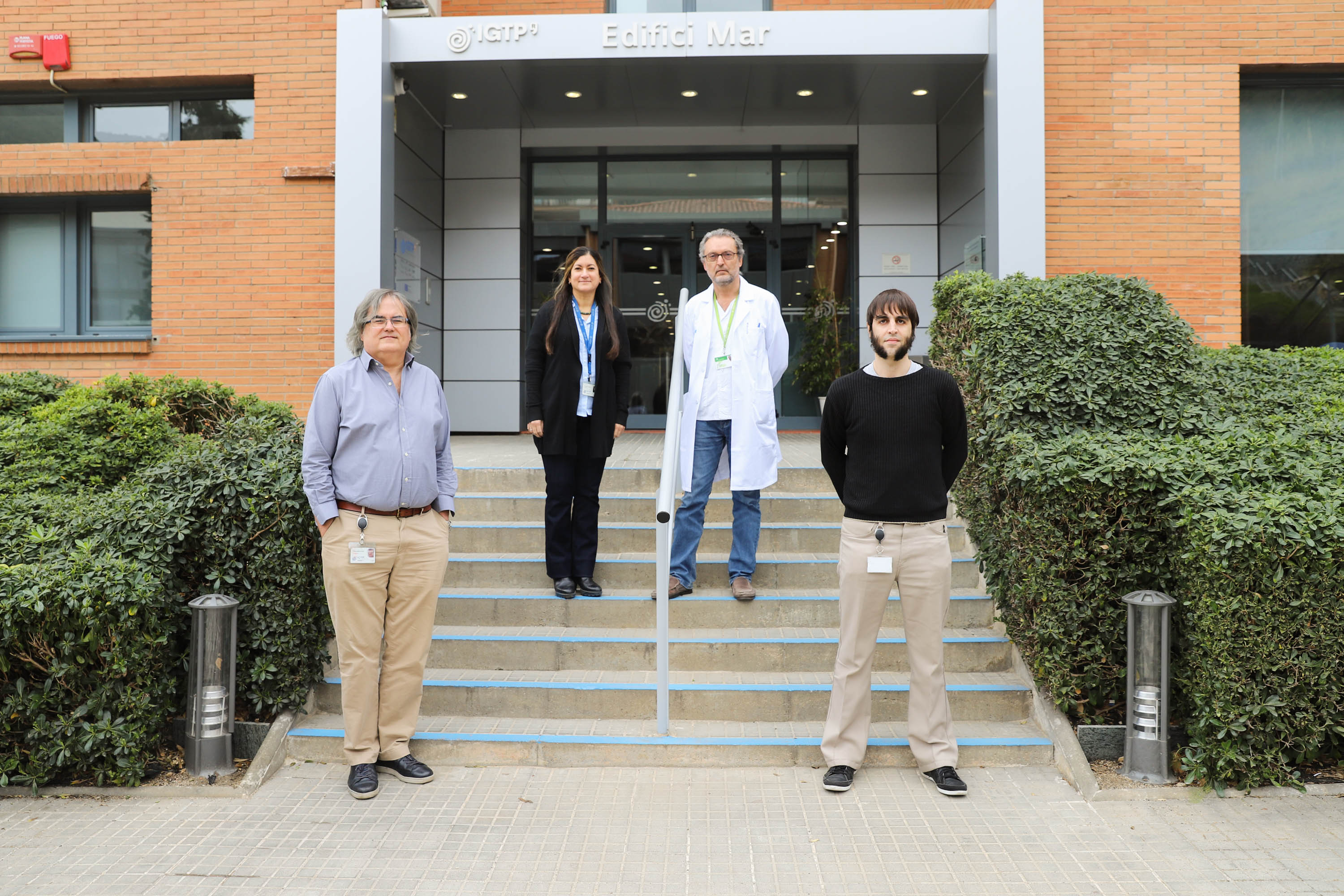 The article describing the new SCA49 subtype has been published in the journal Brain Communications, and is featured as a highlight by its Editorial Board. The new ataxia subtype has been identified by studying members of one family from the island of Menorca. The finding provides a better understanding of the pathological basis of ataxia and opens the door to pre-symptomatic diagnoses and genetic counselling for people with the disorder.

A team of researchers from the Neurogenetics Unit of the Germans Trias i Pujol Institute of Health Sciences Research Institute (IGTP) in Badalona and from the Neurology Department of the Mateu Orfila Hospital in Menorca have identified a new subtype of ataxia. The disease is a rare movement disorder caused by cerebral atrophy and about a thousand people in Catalonia and eight thousand in Spain are currently living with it. At the moment there is no treatment.

The cerebellum is located in the posterior region of the brain and among other functions it coordinates the movements of the human body. When it is atrophied due to a genetic problem, there are alterations in movement abilities, and as the ataxia progresses patients suffer from frequent falls and swallowing problems. Gradually, they end up in need of a wheelchair. Ataxias are caused by genetic disorders that can be due to changes in different genes, each subtype depends on the specific gene and can have its own distinguishing clinical presentation.

The new ataxia subtype described by the professionals of the Germans Trias and the Mateu Orfila Hospital in Menorca has been named SCA49, and it was found when studying members of the same family, who live in Menorca. These patients present with gait instability and frequent falls, cerebral atrophy, loss of coordination of upper limbs and difficulty in speaking, and in advanced stages of the disease some may require a wheelchair.

Dr Antoni Matilla, head of the IGTP Neurogenetics Unit and director of the study, explains that identifying a new subtype of ataxia is important to "provide a diagnosis, to classify the disease, to know how it will evolve and to identify therapeutic targets".

To date more than 48 different subtypes of ataxias have been identified, the first of which was described in 1993 by Matilla. More recently, in 2013, the IGTP Neurogenetics Research Group, a leading group in the study of ataxia, also identified another subtype of ataxia, called SCA37, for the first time.

The paper explaining the finding of the SCA49 subtype is entitled "New spinocerebellar ataxia subtype caused by SAMD9L mutation triggering mitochondrial dysregulation (SCA49)" and was published on Thursday 17 March by the journal Brain Communications. The finding has also been highlighted by its Editorial Board. Marc Corral, a postdoctoral researcher and first author of the article, points out that "This finding contributes to the knowledge contained by the international ataxia network and is a further advancement in understanding the genetic basis of ataxia".

In addition to the IGTP Neurogenetics research team and the Mateu Orfila neurologists, the study has also been made possible thanks to the work of professionals from the Germans Trias Hospital, the Hospital Clínic de Barcelona and the Bellvitge Biomedical Research Institute (IDIBELL).

An ataxia identified in Menorca

The family cases with SCA49 ataxia were identified by the neurologist Pilar Casquero at the Mateu Orfila Hospital in Maó. All patients with SCA49 have a genetic alteration in the SAMD9L gene in common, which encodes for a mitochondrial protein. Researchers have identified for the first time that the genetic change in the SAMD9L gene deregulates mitochondrial function in this type of ataxia, findings which are supported by studies in patient cells and in a zebrafish model the team has generated.

Next, they will be able to investigate the biological mechanisms that cause ataxia in order to develop and implement personalized therapies. The study has been financed by the Instituto de Salud Carlos III of the Spanish Ministry of Science and Innovation.